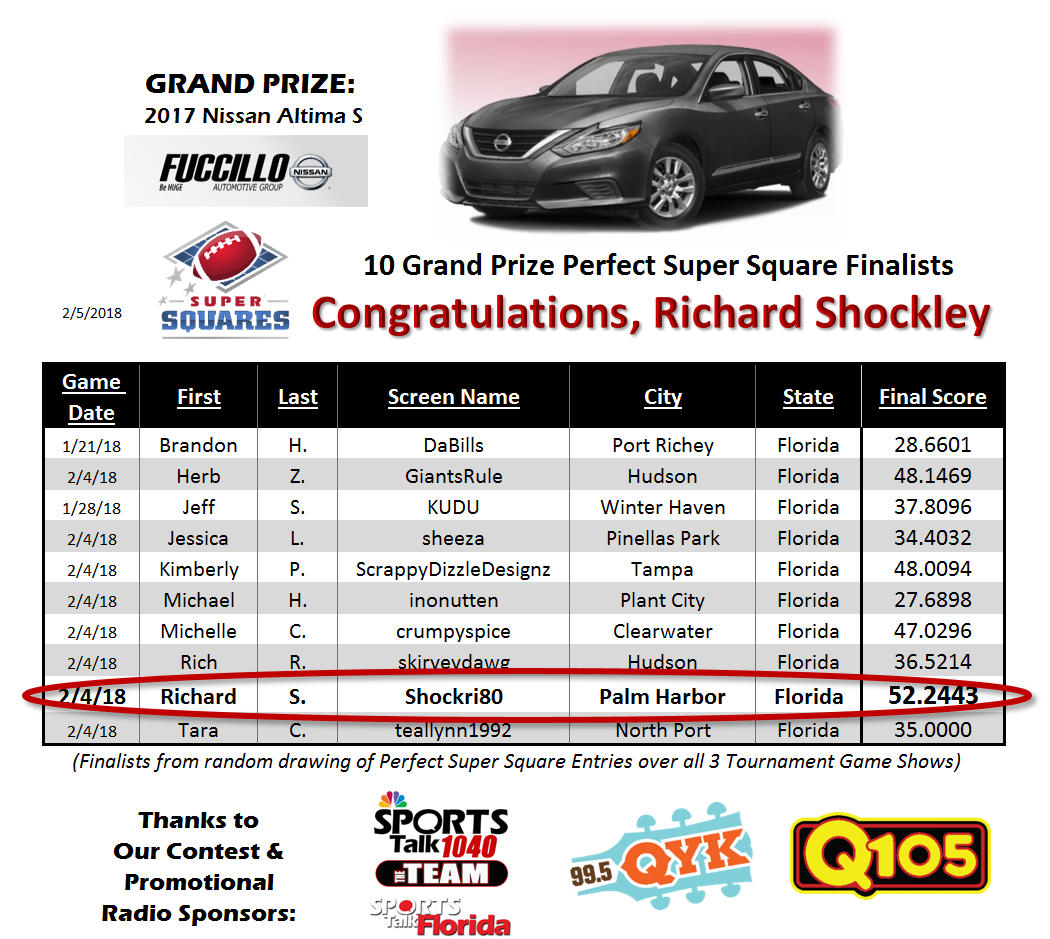 Over the last two months, React LLC launched Super Squares™ on Android and iPhone versions with the AFC Championship football game, followed by the Pro Bowl, and then the “Big Game” this last Sunday. Genesis Communications partnered with React, LLC on the contest. A full winner’s listing is at: https://supersquares.com/schedule_prizes/winners-page/.